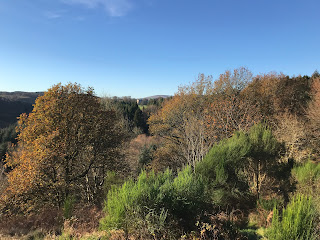 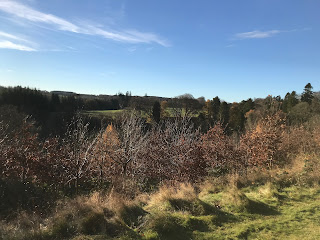 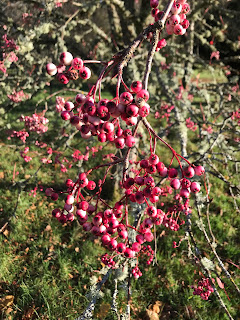 Lines 57-144
The Heav'ns shall perish as a garment olde,
Or as a vesture by the maker chang'd,
And shall depart, as when a skrowle is rolde;
Yet thou from him shalt never be estrang'd,
When He shall come in glory, that was solde
For all our sinnes; we happily are chang'd,
Who for our faults put on his righteousnesse,
Although full oft his Lawes we doe transgresse.

With Majestie and Honour is He clad,
And deck'd with light, as with a garment faire;
He joyes the Meeke, and makes the Mightie sad,
Pulls downe the Prowd, and doth the Humble reare:
Who sees this Bridegroome, never can be sad;
None lives that can his wondrous workes declare:
Yea, looke how farre the Est is from the West,
So farre he sets our sinnes that have transgrest.

He rides upon the wings of all the windes,
And spreads the heav'ns with his all powrefull hand;
Oh! who can loose when the Almightie bindes?
Or in his angry presence dares to stand?
He searcheth out the secrets of all mindes;
All those that feare him, shall possesse the Land:
He is exceeding glorious to behold,
Antient of Times; so faire, and yet so old.

He of the watry Cloudes his Chariot frames,
And makes his blessed Angels powrefull Spirits,
His ministers are fearefull fiery flames,
Rewarding all according to their merits;
The Righteous for an heritage he claimes,
And registers the wrongs of humble spirits:
Hills melt like wax, in presence of the Lord,
So do all sinners, in his sight abhorr'd.

He in the waters laies his chamber beames,
And cloudes of darkenesse compasse him about,
Consuming fire shall goe before in streames,
And burne up all his en'mies round about:
Yet on these Judgements worldlings never dreames,
Nor of these daungers never stand in doubt:
While he shall rest within his holy Hill,
That lives and dies according to his Will.

But woe to them that double-hearted bee,
Who with their tongues the righteous Soules doe slay;
Bending their bowes to shoot at all they see,
With upright hearts their Maker to obay;
And secretly doe let their arrowes flee,
To wound true hearted people any way:
The Lord wil roote them out that speake prowd things,
Deceitfull tongues are but false Slanders wings.

Froward are the ungodly from their berth,
No sooner borne, but they doe goe astray;
The Lord will roote them out from off the earth,
And give them to their en'mies for a pray,
As venemous as Serpents is their breath,
With poysned lies to hurt in what they may
The Innocent: who as a Dove shall flie
Unto the Lord, that he his cause may trie

The righteous Lord doth righteousnesse allow,
His countenance will behold the thing that's just;
Unto the Meane he makes the Mightie bow,
And raiseth up the Poore out of the dust:
Yet makes no count to us, nor when, nor how,
But powres his grace on all, that puts their trust
In him: that never will their hopes betray,
Nor lets them perish that for mercie pray.

He shall within his Tabernacle dwell,
Whose life is uncorrupt before the Lord,
Who no untrueths of Innocents doth tell,
Nor wrongs his neighbour, nor in deed, nor word,
Nor in his pride with malice seems to swell,
Nor whets his tongue more sharper than a sword,
To wound the reputation of the Just;
Nor seekes to lay their glorie in the Dust.

That great Jehova King of heav'n and earth,
Will raine downe fire and brimstone from above,
Upon the wicked monsters in their berth
That storme and rage at those whom he doth love:
Snares, stormes, and tempests he will raine, and dearth,
Because he will himselfe almightie prove:
And this shall be their portion they shall drinke,
That thinkes the Lord is blind when he doth winke.


Aemilia Lanyer (1569-1645) was the first known woman writer in English who produced a substantial volume of poetry designed to be printed, and to attract patronage. Her most notable poem is: Salve Deus Rex Judæorum which is a lengthy contemplation of the sufferings and death of the Lord Jesus. It does look at things in some ways from a female perspective, and has been latched onto as proto-feminist to advance a feminist agenda. This is unfair to what is a deep contemplation. But it is marred by the apparent need for patronage; it is addressed to Margaret, Countess of Cumberland, and there are numerous other female patrons addressed, with the tone rather flattering. There is a Penguin book Renaissance Women Poets which contains most of Salve … How the omissions were chosen is hard to fathom. This is one omitted section.
Posted by David C Brown at 16:01