THE RUSSIAN, THE HONEY AND THE BEAR by Hester Pulter

A Russian rustic clambering up a tree

To his diurnal saint he did not fail

To supplicate to free him from his jail.

But that which most augments his misery

Was that no priest or patriarch was nigh

And that without it he to heaven couldn’t pass.

He hopeless was; but overcharged with fears

Within and numerous foes about his ears

And loath he was to be embalmed alive.

When lo, a bear came roaming for her prey

She smelled the honey, straight she climbs the tree.

When the poor man his double death doth see

Upon the bear’s hind legs he then catched hold.

The bear affrighted (who can hold their laughter?)

Got quickly out and pulled the man out after.

Then let none in distress his courage lose

For God can bring redemption by our foes…

For God can turn the sharpest sword or knife,

That means us instant death to give us life.

Then if restrained of liberty you be

Think how the bear the captive Russ set free.

I think I had this story in one of my school books. 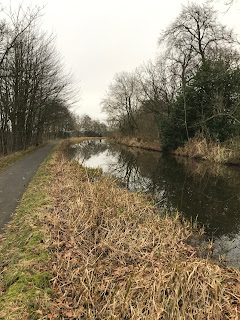 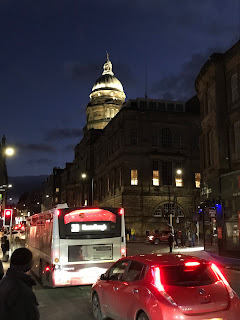 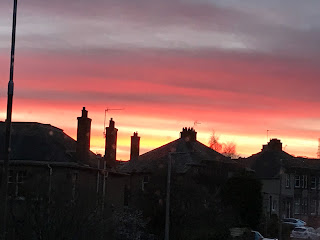 The Union Canal, Edinburgh University and a Sunset
Posted by David C Brown at 11:57